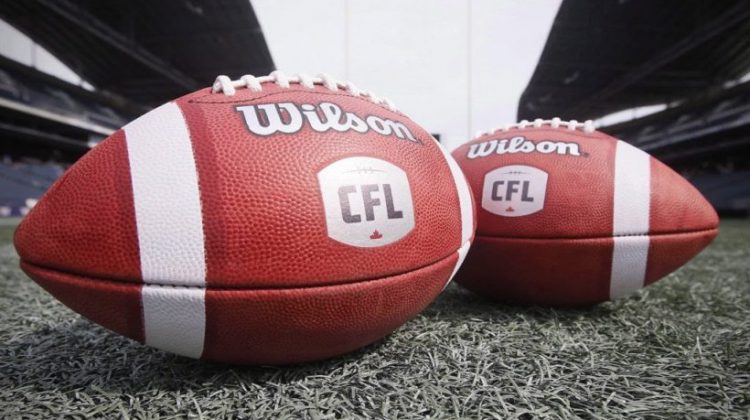 New CFL balls are photographed at the Winnipeg Blue Bombers stadium in Winnipeg Thursday, May 24, 2018. Photo credit to a Canadian Press.

The Canadian Football League is postponing its season until September.

Commissioner Randy Ambrosie made the announcement Wednesday (May 20) to season ticket holders.

He told them September is the earliest the season can start and there won’t be a traditional Grey Cup game which was scheduled to be played in Regina.

The CFL is considering moving the Grey Cup to December and the championship game in 2020 will be hosted by the team with the best season record and qualifier for the Cup.

That is of course if a season is even played period.

The Saskatchewan Roughriders have been awarded the 2022 CFL championship instead in lieu of the change made this week.

Ambrosie also made it clear that cancelling the entire season is not out of the realm of possibility, but it is too soon to make that call.