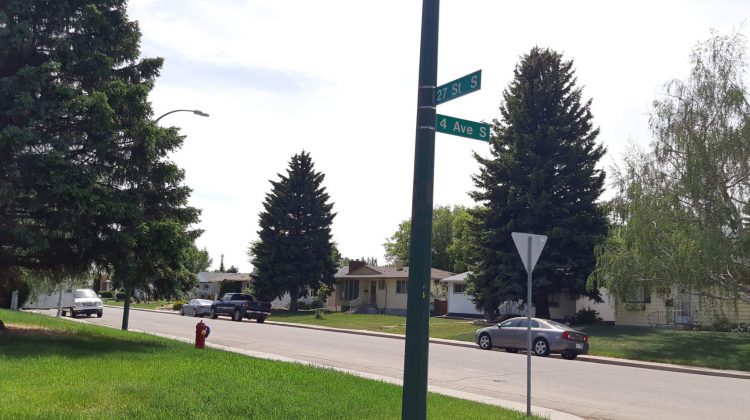 Lethbridge Police are investigating after two armed men forced their way into a south side home late last month.

It happened last Wednesday (May 29),  just before midnight, along the 400 block of 27th street south.

The men, who were both carrying firearms, forced open the door and confronted two women over the whereabouts of a male associate. The suspects took off after they searched the house.

No one was hurt.

LPS say the first suspect is described as white, approximately 5’7” with a scrawny build and dark brown hair. He was dressed all in black and had a backpack.

The second suspect is described as having darker skin, a larger build and dark brown hair and brown eyes. He was also dressed all in black and had a backpack.