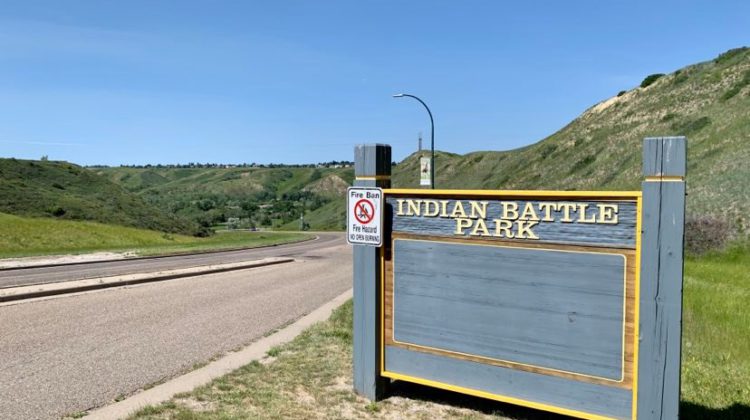 Discussion has been taking place behind closed doors for a while now about the name of a well-known Lethbridge park.

About 18 months ago, the City’s Reconciliation Advisory Committee received a couple of requests to consider changing the name of Indian Battle Park. The current name makes reference to the Battle of the Belly River fought in the fall of 1870, between the Blackfoot and the Cree.

Trina Tallow, Committee Co-Chair, says Indian Battle Park and even Fort Whoop-Up are based on colonial narratives, noting that those names don’t really represent what the area means and signifies to the Blackfoot people.

Another Committee Co-Chair, U of L Professor Patrick Wilson, points out that plenty of consultation would still have to take place with Blackfoot elders and others if a new name were to be chosen and presented to City Council.

Mayor Chris Spearman agrees with that sentiment, telling our radio station, “We would want them to tell us what would be respectful and what would be appropriate, in terms of Indigenous culture, that Lethbridge City Council could consider.”

The issue of using Indigenous nicknames has been in the forefront as of late, especially for some sports teams, because of their racial connotations.