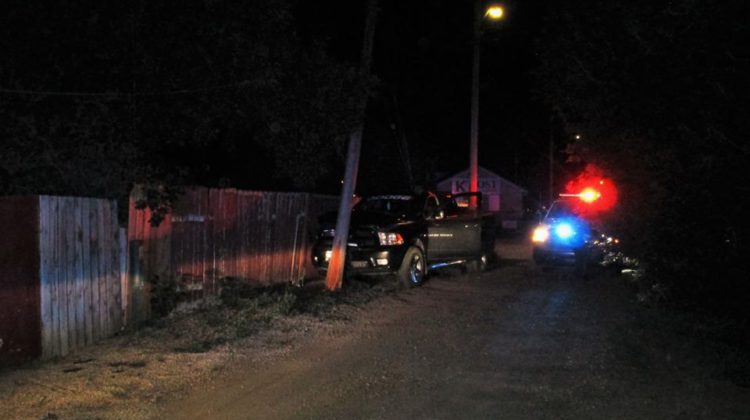 A young man from Vauxhall is facing charges in relation to multiple collisions in Taber this weekend.

Taber Police say officers attempted to stop a pickup truck for multiple driving offences early Saturday morning (Aug. 15) when it tried to flee down a nearby alley.

The driver of the pickup hit a parked trailer and an ATV before trying to flee down another alley where it hit a power pole and finally came to a stop.

The lone man inside was arrested and charged with impaired driving, flight from police and failing to remain at the scene of an accident.

Total damage from the collisions is estimated around $35,000.

The 19 year old man, who has not been named by police was released on bail on a promise to appear in Taber Provincial Court on Nov. 10th.