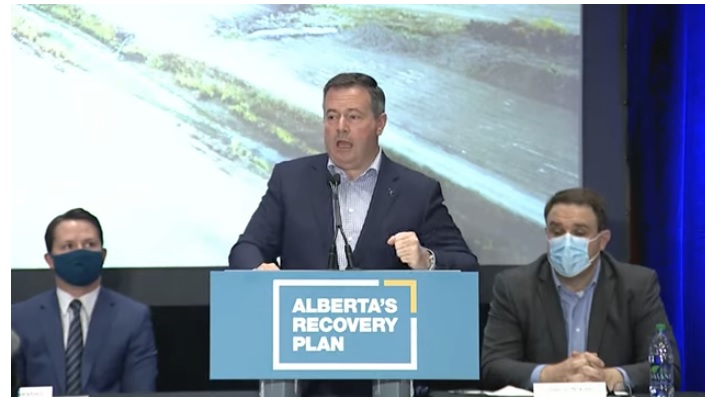 The provincial and federal governments have announced an $815 million dollar investment in agriculture here in southern Alberta.

He says the investment is also estimated to create up to 1,280 construction jobs immediately and 6,800 permanent and indirect jobs down the line.

Kenney says the investment will create desperately needed jobs and is a slam dunk for growth in one of Alberta’s most important industries.

He says it will also boost production and support diversification in the fast-growing, value added food industry.

There is also a Memorandum of Understanding among all parties and an agreement in principle for the Canada Infrastructure Bank to invest about $407.5 million in the project, to be paid back by the irrigation districts.