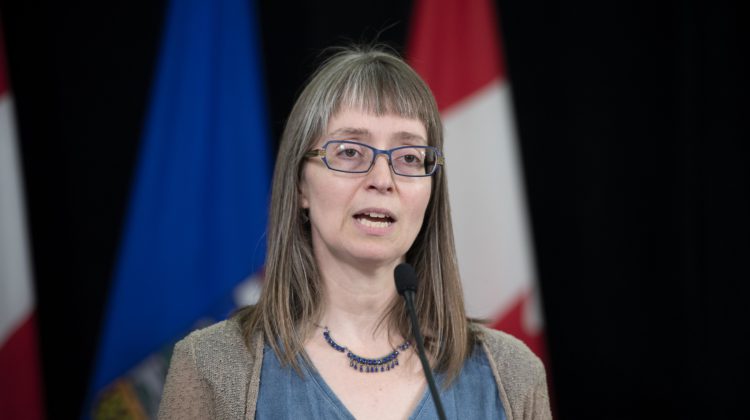 Chief Medical Officer of Health Dr. Deena Hinshaw calls this a large and troubling number and one that drives home the challenge we are facing.

Hinshaw says “what we saw over the weekend were very concerning, high numbers and at the same time they were concerning, they were also plateauing. This is not enough. People should not let their guard down … it’s not enough to plateau. What we need is to bring those numbers down.”

Both Edmonton and Calgary have more than 2,000 active cases each, something Hinshaw says is also a problem.

She’s asking Albertans to limit their interactions and network connections in an effort to try to bend the curve downward.

As of Monday afternoon, the province had a total active case count of 6,110. That’s up from 5,172 Thursday afternoon.

There were also 15 deaths reported over the past four days.

One of those deaths was confirmed to be in Lethbridge. It’s the city’s fifth COVID-related death since the onset of the pandemic.

Lethbridge’s case count rose by 58 over the past four days and there are 153 ACTIVE cases.

There were 18 new cases reported in Lethbridge County. That municipality now has 36 active cases.