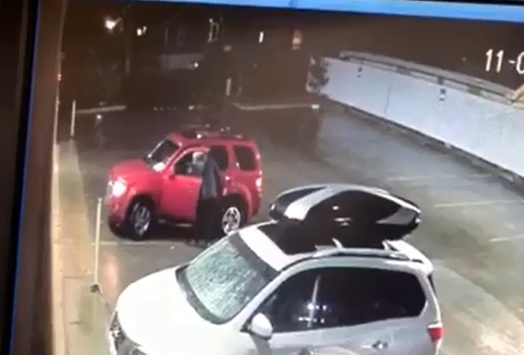 Lethbridge Police are asking for the public’s help in identifying two suspects wanted in connection to a stolen vehicle.

On Monday night just before 9 o’clock, police were called to a parking lot of a business along the 400 block of 6 avenue south to recover a stolen vehicle.

The vehicle had been reported stolen back on Nov. 6.

Security camera footage from a nearby business shows two people, a male driver and a female passenger, abandon the vehicle.

Anyone who can identify them is asked to contact police or Crime Stoppers.