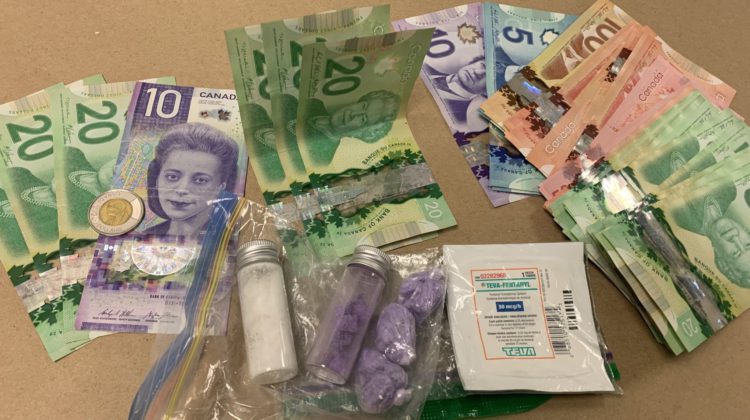 Lethbridge Police have charged a man with drug-related offences and seized more than $5,000 in illegal narcotics following a surveillance operation this week.

Members of the LPS Crime Suppression Team on Tuesday (Nov. 24) watched the occupants of a vehicle engaged in what appeared to be illegal drug transactions.

When they arrested a man at a northside bar, they found him in possession of more than seven grams of methamphetamine along with a quantity of fentanyl, fentanyl patches, and some cash.

50 year old Mark Anthony Brown of Lethbridge is facing numerous charges including possession for the purpose of trafficking and possession of the proceeds of crime under $5,000.

LPS say Brown was also in breach of his previous release order and had outstanding warrants which were cleared.