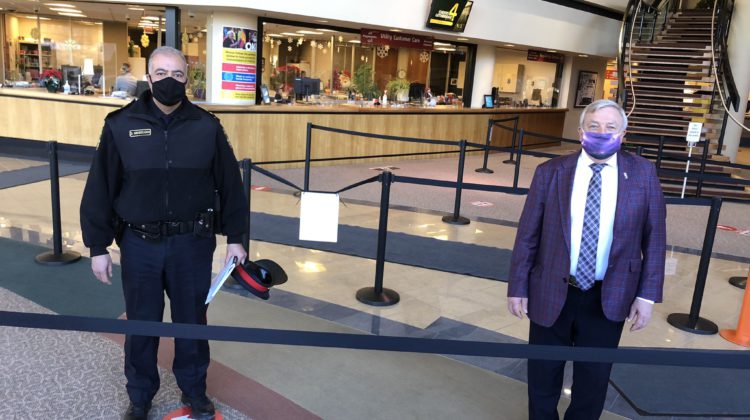 LETHBRIDGE, AB – Lethbridge’s Chief of Police says the time for education and awareness, around mandatory face coverings, is over.

While Chief Shahin Mehdizadeh says the LPS respects and will defend the rights of citizens to express their views on the bylaw, its priority is to protect the entire community.

He says the nature of anti-masking protests has elevated in Lethbridge as of late and appropriate actions will be taken when community members are put in harm’s way.

Mehdizadeh says “some individuals, which is a very few minority, don’t agree with these rules for their own reasons. The way I look at it is, they are putting the community at risk and they in fact are infringing on the rights and freedoms of other citizens which is really contradictory.”

He says there are monetary penalties for those who contravene a public health order but criminal charges, including causing a disturbance, may be considered if circumstances warrant.

Mehdizadeh reiterates, it’s not the intention of the LPS to prohibit the actions of those who wish to bring attention to their own particular views and opinions, as long as it’s done in a safe, sensible and respectful manner.

Mayor Chris Spearman says as the Alberta Government heightens restrictions, now is a time to be more vigilant, not less.

He says we are in a very serious and dangerous point of this pandemic and is pleading with residents to be part of the solution.