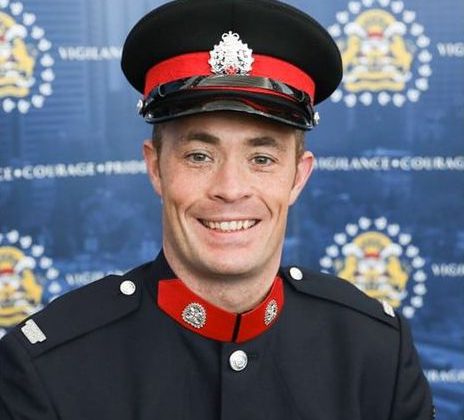 LETHBRIDGE, AB – Five Lethbridge Police members were in Calgary Tuesday to take part in a provincial drive-past salute in honour of an officer killed in the line of duty.

Two teenagers have been charged with first degree murder.

The LPS says a number of local officers either knew or had met Harnett previously, making the impact of the tragic event hit even closer to home.

Flags at the Lethbridge Police Service have been lowered and LPS Chief Shahin Mehdizadeh has spoken with the Chief of the CPS to express condolences and offer support.

While a traditional regimental funeral is not possible due to current provincial COVID restrictions, a smaller service will be live streamed.

Details of that service have not been released, but the LPS says it is making plans to send a contingent of vehicles and members to participate, with priority given to those who knew ‘Andy.’