LETHBRIDGE, AB –  A small group showed up in front of Lethbridge City Hall during the noon hour Tuesday (Jan. 12) to hold a freedom rally.

The group is upset about continued provincial government COVID-19 restrictions and the impact those are having on businesses across Alberta.

The non-mask wearing crowd held up signs reading things like: “Keep Canada Free”, “No More Lying 2021”, and “Honk If You’re Sick of Masks”.

The group was rallied by former University of Lethbridge Professor Tony Hall and controversial Calgary street preacher Artur Pawlowski. He’s been outspoken during the pandemic against health measures in churches and he was also fined $1,200 in  back in April 2020, for allegedly hosting a gathering of more than 15 people.

About 8 or 9 Lethbridge Police officers stood watching from a distance.  The LPS issued a release Tuesday afternoon stating officers are investigating the matter presently, and charges may be pending.

Pawlowski lambasted government MLAs who travelled during the Christmas holidays while telling Albertans to stay at home, comparing them to the Nazis. He even questioned why police were even nearby to watch “a peaceful assembly”.

A number of rallies and vehicle convoys have happened over the last couple of months, in and around Lethbridge and in other areas of the province to protest mandatory COVID-19 health restrictions.

Tuesday’s rally, organized by the group “We the People YQL”, was meant to show support for local businesses.

On Monday, Lethbridge Police sent out a news release saying they were working with Alberta Health Services to address the potential opening of several small businesses, which goes against current health measures. One business was charged under the Public Health Act with contravening a public health order since it was open for business.

The owner has been ordered to appear in court on Jan. 22nd. 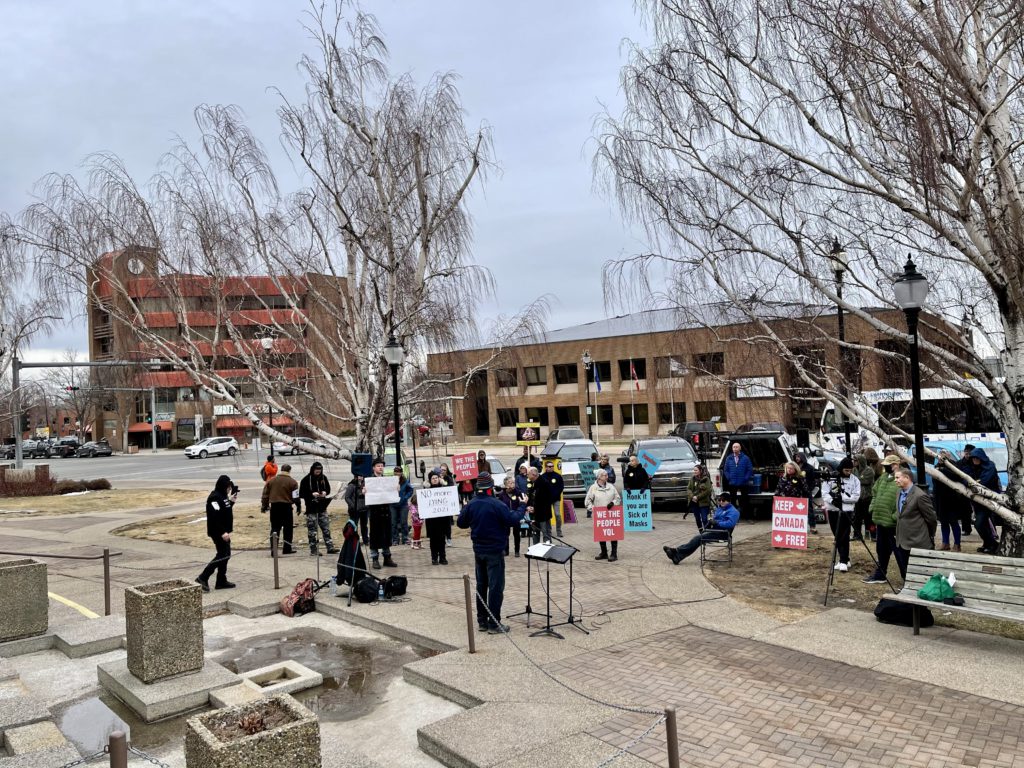