This week, LPS arrested one person during a traffic stop and after searching the home and the vehicle, police seized $6,500 worth of drugs including meth and cocaine as well as a stolen doctor’s prescription pad, a taser flashlight, and two pellet guns.

Lethbridge Police say a three year old child was found inside the home and had to be picked up by a family member.

A 28 year old woman and 31 year old man, both from Lethbridge, are facing charges of wilfully causing a child to be endangered. The man is also facing a list of drug-related offences.

Their names are not being released in order to protect the identity of the child.

Both are scheduled to appear in court February 16th. 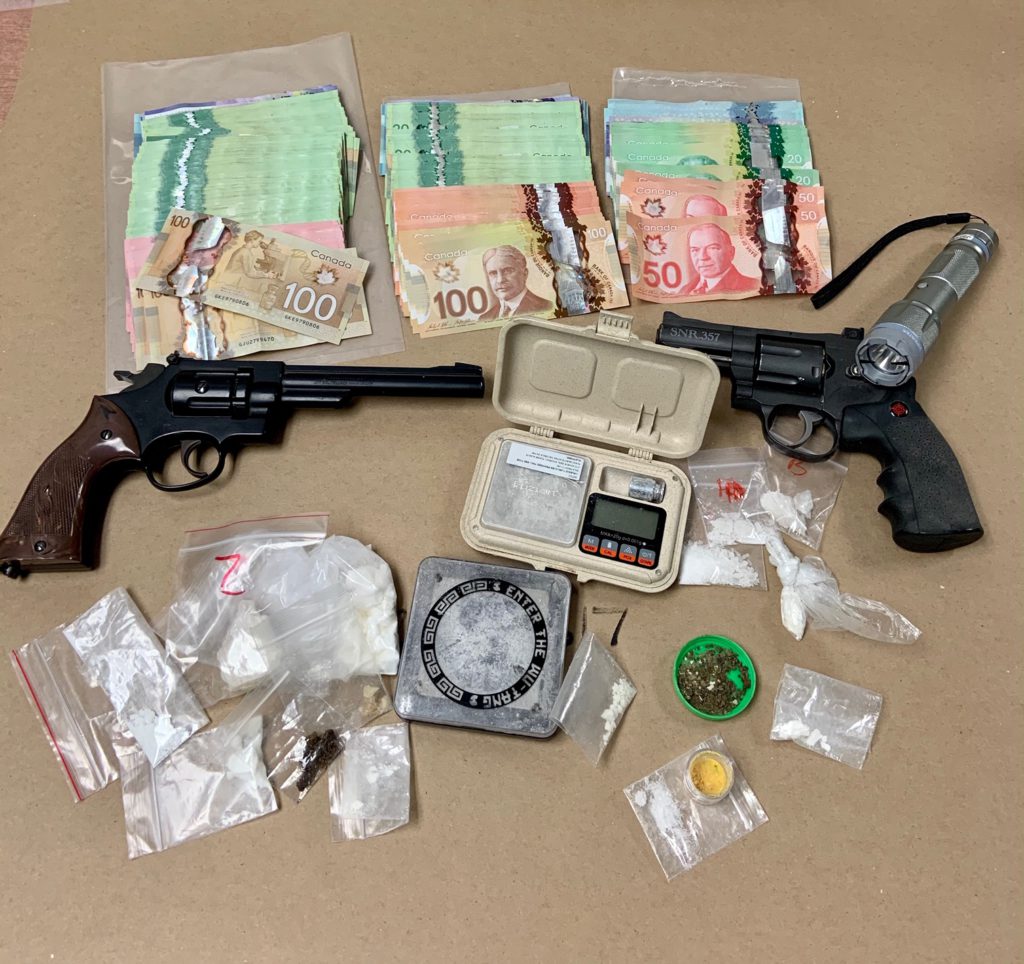