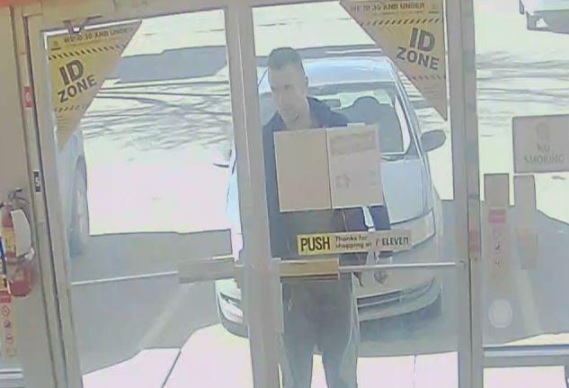 Surveillance photo of the suspect provided by Lethbridge Police Service.

LETHBRIDGE, AB – An 81 year old man is okay after he was robbed at a local business over the weekend.

On Sunday afternoon around 1:30, the senior was at a business along the 500 block of 13th Street North when a man walked in, grabbed cash the senior had placed on the counter and pushed him aside.

The victim followed the man outside the store and to a blue-coloured Ford Escape parked outside. LPS say the senior then reached into the open window of the vehicle to try and get his money back.

The driver though put the vehicle into reverse and took off. A witness managed to pull the victim away so he wouldn’t be hurt.

The victim also lost his ring and suffered a small cut on his hand in the process.

Anyone with information is asked to call Lethbridge Police.