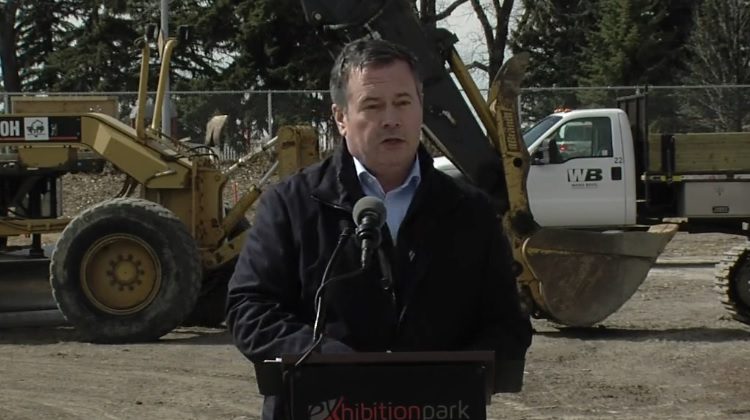 The 268,000 square foot facility is the largest development project in the history of the Lethbridge and District Exhibition.

Premier Jason Kenney was on hand for the sod-turning, saying it’s an exciting example of projects being powered by Alberta’s Recovery Plan.

The $70-million expansion project is expected to create nearly 400 construction jobs over the next 20 months and up to 50 new, full time permanent positions when the facility opens in early 2023.

It’s also projected to contribute more than $90 million every year to the regional economy.

Mayor Chris Spearman says “the Agri-food Hub and Trade Centre is going to ignite economic growth, not just Lethbridge and the southern Alberta economy, but also for Canada`s agricultural industry” adding “it will attract more traffic both from within the community, but more importantly from throughout the world, to come to Lethbridge. This will generate more direct flights to our city, increase demand for hotels and generate new investment in our community.”

The Agri-food Hub and Trade Centre is funded by the Government of Alberta, through Alberta’s Recovery Plan, the City of Lethbridge, which will maintain ownership of the land, and a 30-year loan secured against the future operations of the facility.