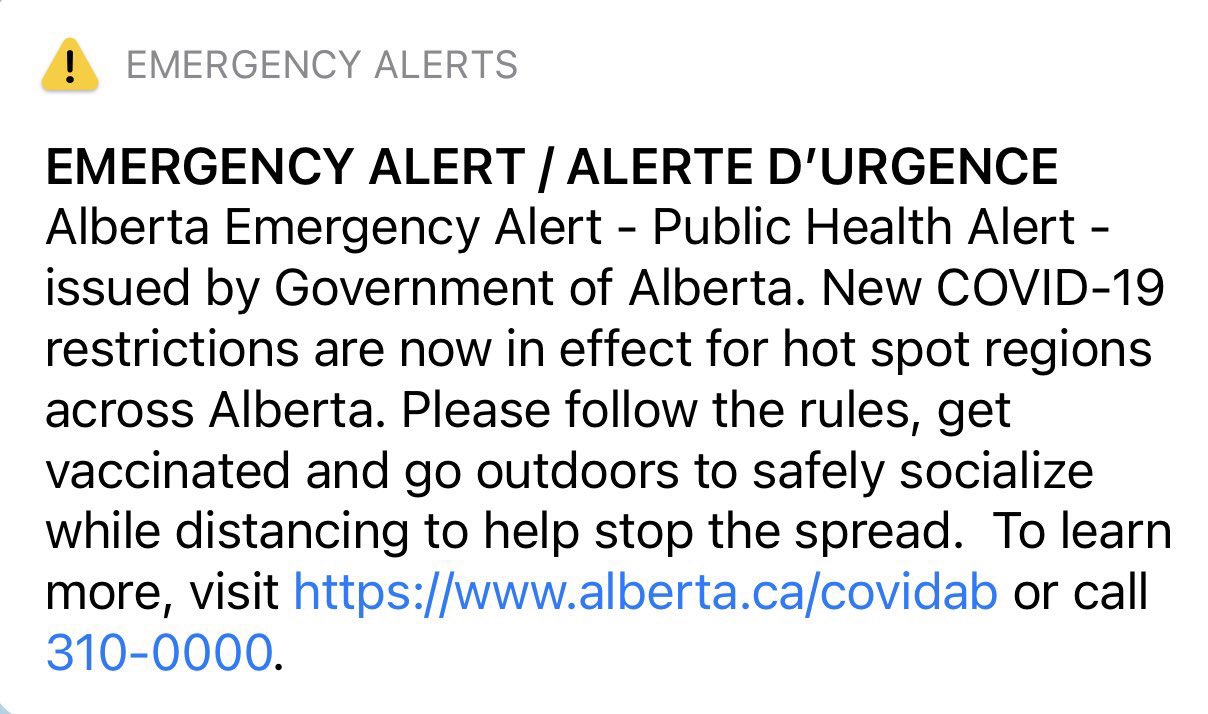 LETHBRIDGE, AB – Did you hear the loud sound of an emergency alert on Friday? Many people did and some folks are quite upset.

Around 5:00 pm Friday, an Alberta Emergency Alert was sent out by the province to update Albertans on new COVID-19 restrictions in place for a number of different communities, including Lethbridge.

The alert was sent to mobile devices and interrupted programming on local radio and TV stations.

Premier Jason Kenney said Thursday that an alert would be forthcoming, however that’s still not sitting well with some folks.

Posts on social media accuse the government of misusing the emergency alert system by sending out this notification. Many say it should only be used for things like warning people of wildfires and when there’s an Amber Alert for an abducted child.

Mass emails were sent to media outlets as well with people upset about the alert.

The following is part of just one of several emails our newsroom received:

”I am appalled at the government’s use of the Emergency Alert System this afternoon. That system is meant to be used for time sensitive, immediate emergencies where lives are in imminent danger and swift action is imperative. Not to send out propagandist messages from a government who just told us the exact same things YESTERDAY. Whatever you think of the legitimacy of the content of the message, using the EMERGENCY ALERT system to spread it was inappropriate and irresponsible.”

The provincial government sent a statement to our newsroom which reads:

“Alberta, as well as other provinces, have used emergency alerts for the pandemic previously. With Alberta seeing the highest level of active cases since the beginning of the pandemic, and new restrictions for localized areas, it was prudent to ensure all Albertans are aware of the health measures in place to prevent further spread of COVID-19.”

The alert focused on targeted regional restrictions and online school for middle and high school students for at least the next two weeks which the government announced on Thursday.

Lethbridge quality of life perception down, but still positive