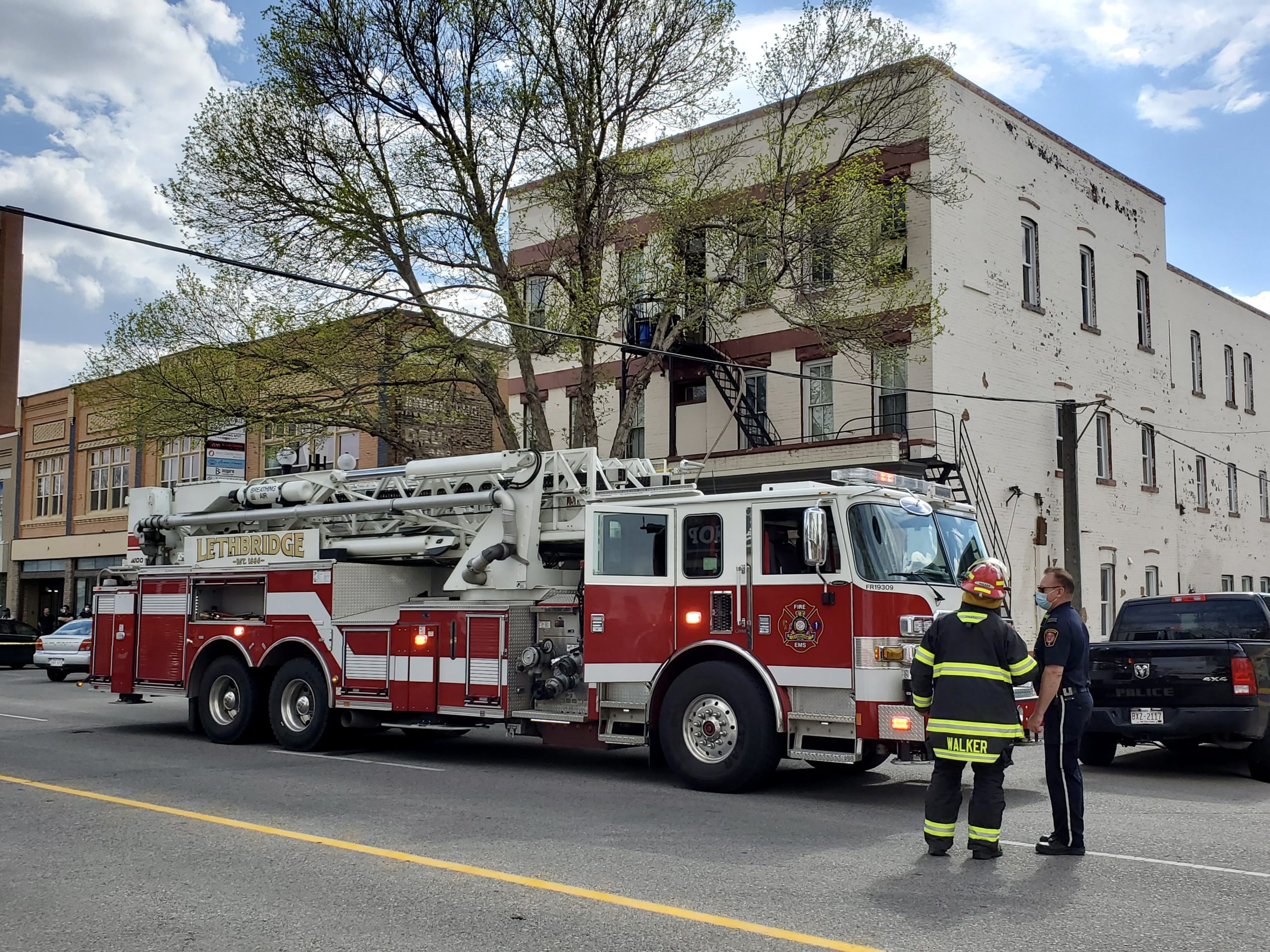 The call came in around 4:15 pm about a blaze at the  Coalbanks Apartment Building on 5th Street South.

Crews were able to completely extinguished the blaze and with the quick actions of the resident and numerous Lethbridge Police officers, the cooking fire was contained to just the one apartment.

Fire officials says there was substantial smoke damage to the unit, however a cost estimate isn’t known at this time.

There were no injuries to either residents or first responders.