Hot, dry summer in the offing for southern Alberta, according to AccuWeather 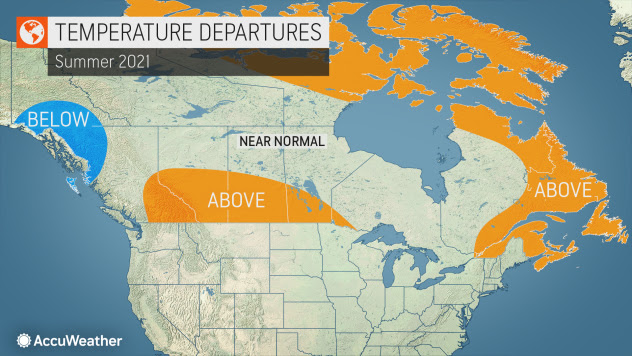 LETHBRIDGE, AB – It may not feel like it heading into the May long weekend, but it appears we could be in for a toasty summer across this part of Alberta.

Indications are we will see above normal temperatures and very little rainfall in the months of June, July and August.

“We’re forecasting below normal rainfall for much of the southern third of Alberta and southern third of Saskatchewan,” says Anderson. “If that holds on, I’m very confident we are going to see several days well above 30°C.”

The above normal summer temperatures are forecast to impact an area stretching from the B.C. interior all the way through southern Saskatchewan.

Anderson says their modelling shows the main storm tracks will end up getting pushed farther north and south of this region, lessening the risk of more active thunderstorms this summer. “What that mean’s for us usually (in southern Alberta) is hotter and drier weather to dominate for the summer.”

There’s also a concern if this forecast comes to fruition, that will heighten drought concerns across the prairies. Anderson notes it’s a good thing we are getting some damper weather in this area now, because after this there doesn’t appear to be much in the way of precipitation for the next few months if what the computer modelling turns out to be the case.

The eastern part of Canada is most likely to see stormier summer weather over the next few months, particularly Ontario and Quebec.