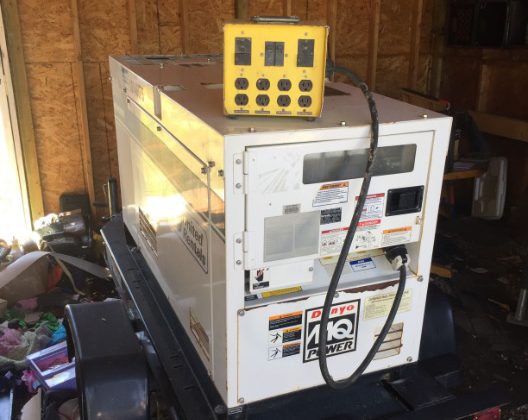 Photo of one of the generators found. Photo credit to LPS

A 31 year old Lethbridge man is facing property crime charges after police recovered two stolen generators and a handful of other items.

The generators, worth $80,000, were stolen from construction sites earlier this month.

Police say they got a search warrant for a home and detached garage along the 1200 block of 9th avenue north and recovered both generators Monday (June 17).

A set of golf clubs reported stolen over the weekend, a dual tank air compressor and various ID’s, documents, keys and garage door openers were recovered as well.

Daniel Joseph McFadden has been charged in connection to the investigation.