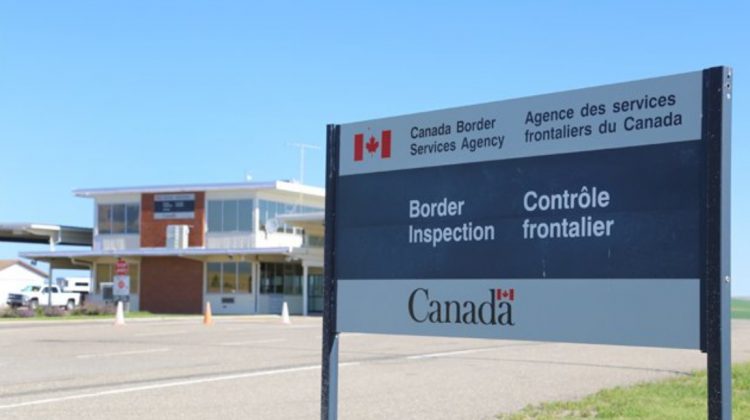 The Carway Port of Entry south of Cardston. Photo credit to CBSA on Twitter.

CARWAY, AB – A vaccination clinic that was supposed to re-start this week at the Carway border crossing has been cancelled for the second time in a month.

The Blackfeet Nation in Montana started offering the Pfizer and Moderna COVID-19 shots at the Medicine Line clinic in mid-April to members of the Blackfoot Confederacy in Alberta, and later opened it up to the general public. The Nation said, at that time, that it was sharing its surplus of doses.

The Blackfoot Confederacy as well as the Canadian and United States governments agreed to set up the clinic on the U.S. side of the border. Just a couple weeks into the service, though, U.S. Customs and Border Protection said Canadians would be denied entry if they were showing up at Carway for a vaccination, and the Public Health Agency of Canada also said those who crossed the border for their shot would not be exempt from the 14-day quarantine since vaccines are now widely available here.

The clinic was first cancelled on May 22, due to what Blackfeet officials called “government bureaucracy”. However, after plenty of public outcry, the clinic was supposed to be re-open Tuesday (June 8) and Wednesday (June 9) this week.

There’s no immediate reason why the clinic has been cancelled again, and no word if or when it’s expected to re-open.

Our newsroom has reached out to the Blackfeet Nation and the Blackfoot Confederacy to clarify the situation. Updates to this story will be provided when they’re made available.