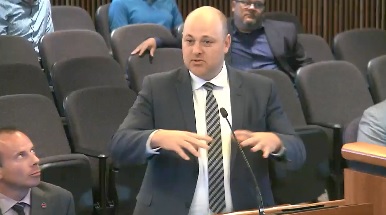 The City of Lethbridge could have its own open access network and be its own internet provider in the future.

He noted Monday demand here for internet access will likely increase by a whopping 5300 per cent over the next 20 years. “We’re not here to say that we’re in a current crisis, but we are here to advocate to avert a future crisis.”

A digital transformation master plan for the city is expected to be ready by this fall.

Butler told Council the city should look at creating its own fibre optics “backbone” as connectivity needs increase in the future. “Which is why we believe, as part of Council’s strategic priorities from 2017-2021, under the category of financial stewardship and economic prosperity, strengthening broadband access is a priority of Council.”