VULCAN COUNTY, AB – The drought situation has gotten so bad north of here that Vulcan County has declared a municipal agriculture disaster.

County Council has sent off a letter to Alberta Agriculture Minister, Devin Dreeshan, saying that extreme dry conditions have impacted between 50% and 90% of cereal and oilseed crops in the Vulcan region.

Hay, pasture, and range yields have also been hit hard by a serious lack of moisture, long periods of summer heat, and wind.

Reeve Jason Schneider says Vulcan County is asking the Alberta government to consider declaring a provincial state of agriculture disaster. “We would appreciate your attention to the severity this drought has caused Vulcan County, and the economic impact this will have on our agricultural community,” says Schneider in his letter to Alebrta’s Ag Minister.

Some dryland farmers across southern Alberta are reporting complete crop failure. Many areas have reported just a fraction of what would be normal precipitation for the past several months. 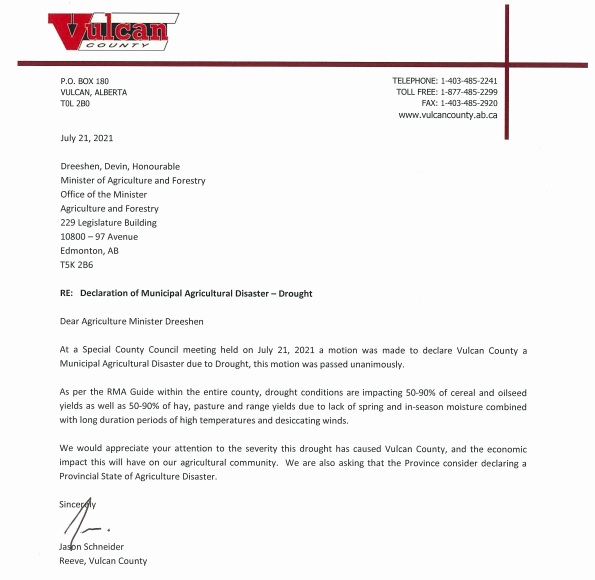