Parts of the southeastern part of the province got slammed with a line of thunderstorms Thursday, which resulted in flooding in some areas, including in Medicine Hat.

Photos posted to social media showed water as high as the tops of vehicle tires in that city and piles of hail which made it look more like snow.

The storms started moving through the southeast just after the noon hour from Montana. Wind gusts were clocked at more than 100 km/h across that region as well. 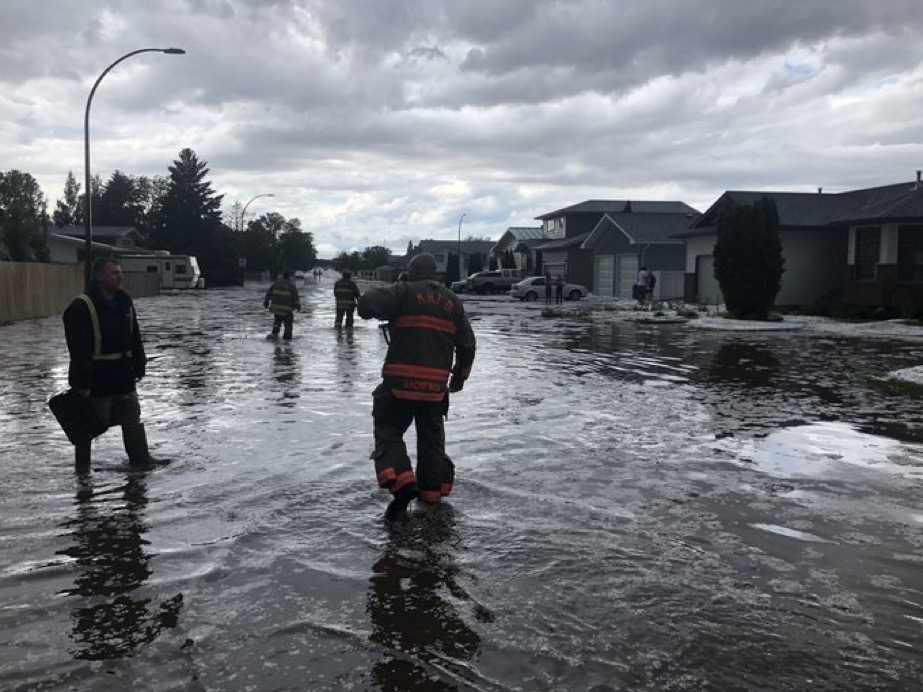 The Medicine Hat Fire Department posted a photo online showing fire fighters wading through some flooded streets. There was so much water, one video posted online showed a man floating down a street on an air mattress.

The storms even caused power outages around Medicine Hat. There was so much water, parts of the Medicine Hat Hospital dealt with flooding in its basement.

There were no injures reported from the powerful storms and all the electricity was restored across that city late Thursday evening.

The nastiest of the weather spared Lethbridge, with the worst conditions from Bow Island east to the Hat. Lethbridge received a good dump of rain in the morning, before things tapered off Thursday afternoon.

City looking for feedback on combining playground and school zones