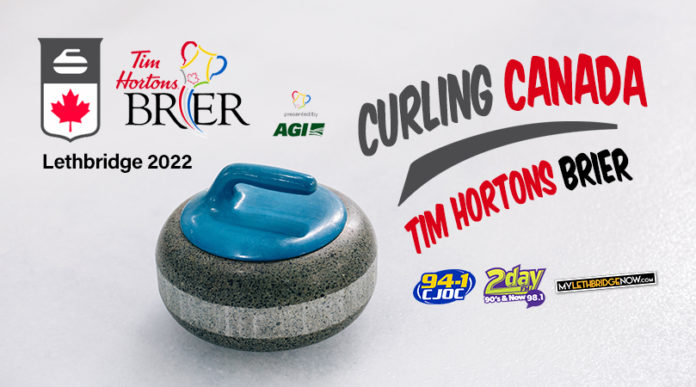 The Brier is coming to town later this week, and there is much more to talk about than just the incredible product on the ice. In Part One of a Two-Part series, we will examine what happens behind the scenes, from selecting a host to the economic windfall for Lethbridge. With Alberta now at 100 per cent capacity for recreation facilities, the excitement is palpable. The event runs from March 4 to 13 at the Enmax Centre.

Nolan Thiessen is the Executive Director of Marketing and Fan Experience at Curling Canada.  “We have an open bid process every year. We post all the events we are looking for host cities for.” He adds that the trend as of late has been for junior hockey cities to submit bids. “It’s a combination of support from the tourism bodies in those areas and when a Brier or a Scotties or a world championship comes to town we are more or less the biggest game in town for the week. It gets a city pretty fired up to host the country or the world. That’s really the way things have gone in the last few years.”

The city is no stranger to hosting world-class curling and Thiessen says all the pieces are in place. “We have been to Lethbridge before and hosted the world men’s championships there just three years ago. They have hosted major events in the past and that shows they have a big volunteer base willing to support local events. The prairies are the heartland of our sport and when we get bids from those provinces, we don’t have to worry about the fan uptake,” adds Thiessen.

The timing of the Brier couldn’t be better for the city. The hospitality industry has taken a hit for the last two years, but for ten days the chants of ‘hurry hard’ and the sound of sweeping brooms will take over. “The Brier brings in 11 to 12 million dollars worth of economic impact into a city,” says Thiessen. “The curling and the national championship are great, but it’s the hotels, the food, just the vibe around town. After two years of everyone being more or less at home, that’s a really good thing for a lot of local businesses.”

Curling Canada has felt the financial affects of COVID-19, just like any other business entity. Tickets sales have taken a hit the last two years and sponsorship deals have been frustrated. “You just can’t fulfill what was written into a contact in 2018 or 2019. No one could foresee this,” says Thiessen. He adds that despite the tough times of late, his organization has been able to build up a reserve fund over the years because of the consistent success of their championships, pre-pandemic.

Tomorrow in Part Two, we will examine what is sure to be an incredible fan experience at this year’s Brier.