Population of Coaldale grows by 5.5% since last federal census 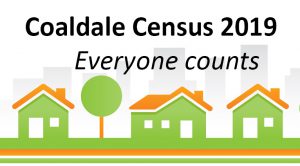 Coaldale Census 2019. Photo Courtesy of the Town of Coaldale.

Lethbridge isn’t the only community growing in southern Alberta.

The Town of Coaldale says its population has increased by 5.5% over the last three years.

A full debrief of census results are expected to be provided to Coaldale Town Council at its September 9th meeting.