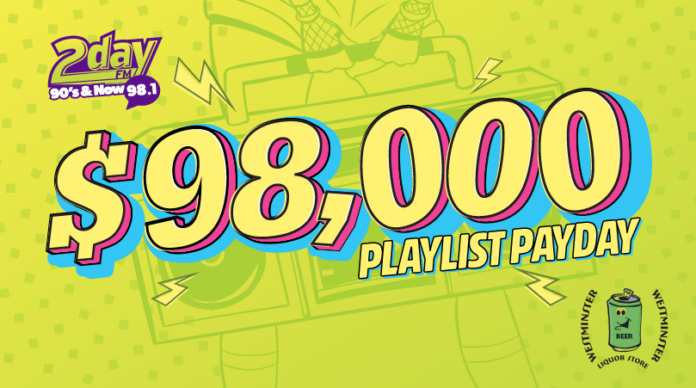 Starting September 6th and ending October 31st, we will call 4 names each weekday.

Each player who makes it on-air will automatically go into a draw for the secondary Grand Prize to be awarded on November 1st – if no one wins the $98,000 up for grabs.

Have a cash card?

Bring it in to Northside Westminster Liquor for your FREE GIFT!
Don’t have one? Track down our cruiser to get one!

‘A mat on the floor is not how we restore human dignity’: MLA Phillips pushing for solutions on homelessness