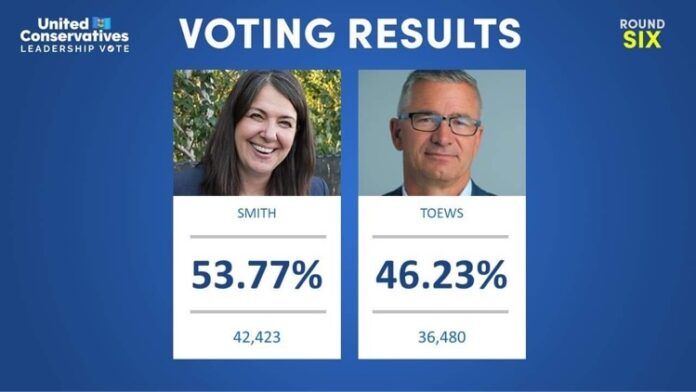 Smith, who must still run in a byelection to gain a seat in the Alberta Legislature, was the last of seven candidates standing after the ranked ballot vote with 53.77 per cent of the approximately 80,000 UCP membership vote.

Grande Prairie-Wapiti MLA Travis Toews, who served as Alberta Finance Minister since winning his seat in 2019, placed second with 46.23 per cent of the vote. Central Peace-Notley MLA Todd Loewen fell off the ballot after the fourth round of voting.

The UCP leadership vote was needed after Premier Jason Kenney announced his resignation as party leader and MLA following a leadership confidence vote in May.