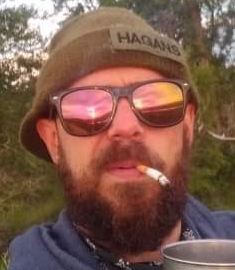 UPDATE: LPS say Hagans has been located safe and sound.

Lethbridge Police are seeking the public’s assistance to locate a missing man.

29 year old Mitchell Hagans was last heard from on July 19th. He was reported missing on July 26, 2019 and all efforts to locate him have been unsuccessful.

LPS say Hagans has ties to Lethbridge and Edmonton; however, recent information indicates he may have been in the Pincher Creek area on July 19th when he was last heard from.

Hagans has not been seen in over a month; however, he is described as Caucasian, 5’10” and 220lbs, brown hair, possibly with a brown beard and moustache.  Hagans may be wearing military camouflage clothing.

Anyone who has seen Hagans or has any information on his whereabouts, is asked to contact Lethbridge Police.