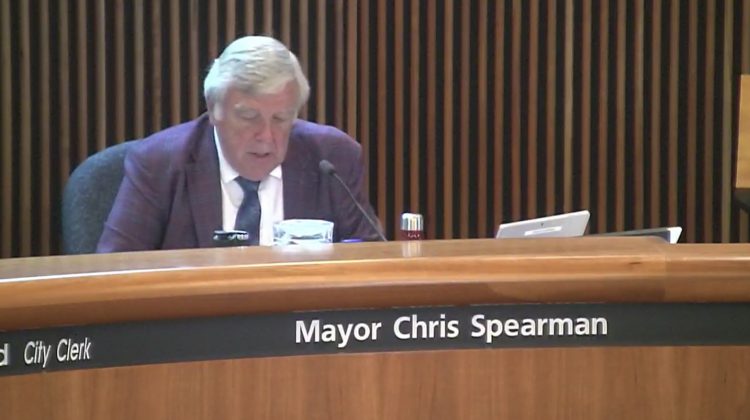 Lethbridge City Council has approved providing a full and detailed report on all consultations prior to the establishment of the local supervised consumption site (SCS).

Mayor Chris Spearman says some inaccurate statements were made during the SCS debate last month and in some media reports the week before. “There was a suggestion there was no consultation and the city was just told to implement it and put up with it. That’s false. The detailed information that was provided Tuesday says that’s simply a false statement.”

The Mayor says there were actually three presentations made to Council by ARCHES, before the facility even opened.

That detailed consultation report can be found on the City Council Agenda for September 3rd.

The report details all community consultations regarding the SCS between 2017 and now.

Tensions surrounding the Lethbridge facility has been escalating over the last few months, including a large protest both for and against the SCS prior to a discussion about the issue at the August 19th City Council meeting.

There was also an incident a week and a half ago in which someone fired paintballs from a moving vehicle at people outside the facility. One person was arrested and is facing charges in that incident.

Spearman says there was a lot of work done by both ARCHES and the Executive Leaders Coalition on Opioid Use to engage the public. “No one on Council should be saying there was inadequate public consultation prior to the opening of the SCS.”

Spearman notes SCS specific consultations in 2017, prior to applying for the facility, were held in July 2017 with 105 people attending a total of 9 sessions. The Mayor also says roughly 400 people attended the public consultations on drug issues over two days last October.