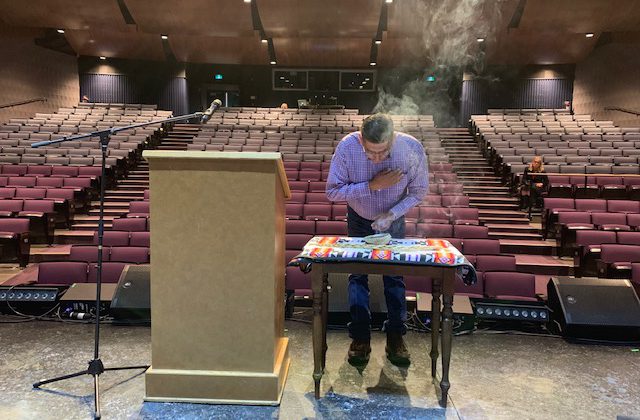 A special ceremony being held Friday morning (Sept. 6) to officially celebrate the completion of the Yates Memorial Theatre renovation project.

The work to spruce up the facility started back in 2016 and is now entirely finished.

Robin Harper is the General Manager of Rec and Culture for the City. He says since it reopened to the public last fall, the Yates has been a popular place.

The total cost of the reno was just under $14 million with most of that money coming from the senior levels of government.

Lethbridge Mayor Chris Spearman says the upgrades to both the Yates and Sterndale Bennett Theatre have added new opportunities and enhanced performing arts in the community. “Since the building reopened to the public, we’ve had overwhelmingly positive feedback from both audiences and performers on the improvements.”

A public celebration is planned for September 27th at the Yates, which will include backstage tours as part of the Allied Arts Council’s Arts Days.