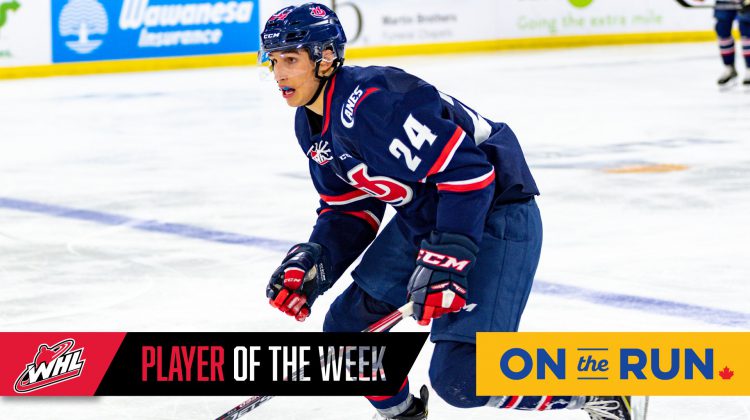 It hasn’t taken Dylan Cozens long to make a major impact after getting sent back from the NHL’s Buffalo Sabres to Lethbridge.

The star Hurricanes forward has been named the WHL’s Player of the Week after notching six points (3G, 3A) in two games over the weekend.

Friday, Cozens factored into both Hurricane goals in a 5-2 loss to the Red Deer Rebels. He scored Lethbridge’s first goal at even strength and then added a primary assist on the team’s second goal. For his efforts, Cozens was recognized with the second star of the game.

Sunday in the provincial capital, Cozens posted a pair of goals and four points to pace the Hurricanes in a 5-2 win against the Edmonton Oil Kings. Cozens scored a short-handed goal in the second period, then added the game-winning goal and two assists as the Hurricanes broke open the 2-2 game in the third. Cozens was named the first star of the game and the second star of the night in the WHL.