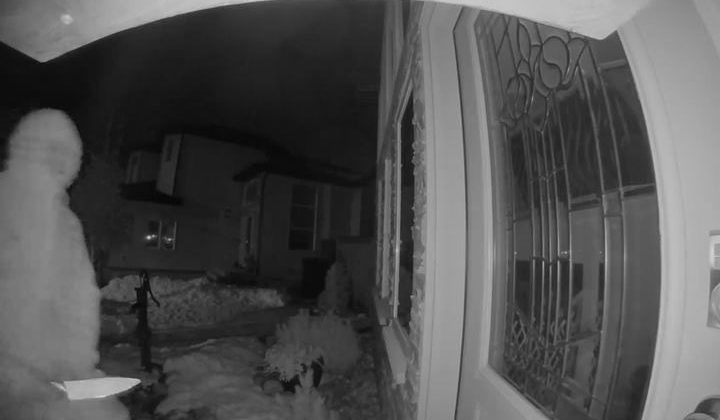 Surveillance photo of suspect at a home in Fairmont area of south Lethbridge. Photo courtesy of Debi Henderson.

Officers were called to the 100 block of Fairmont Road South around 5am after receiving a report a man was caught breaking into a home.

The suspect took off on foot.

Police reviewed video surveillance of the incident and noticed the man was carrying a butcher knife.

A canine track was initiated and Police Service Dog Robby was able to find the suspect hiding beside a nearby vehicle.

The man refused to comply with police officer directions and PSD Robby was deployed to apprehend him, though the suspect continued to resist arrest.

A butcher knife was found on the ground near where the man was arrested.

Video surveillance from other homes in the area, that have been published on social media, also show a suspect in a hooded sweatshirt with a large knife in hand, trying door handles.

He remains in custody. 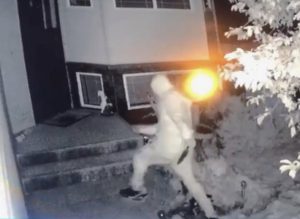 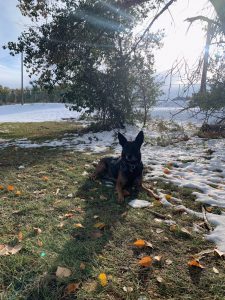