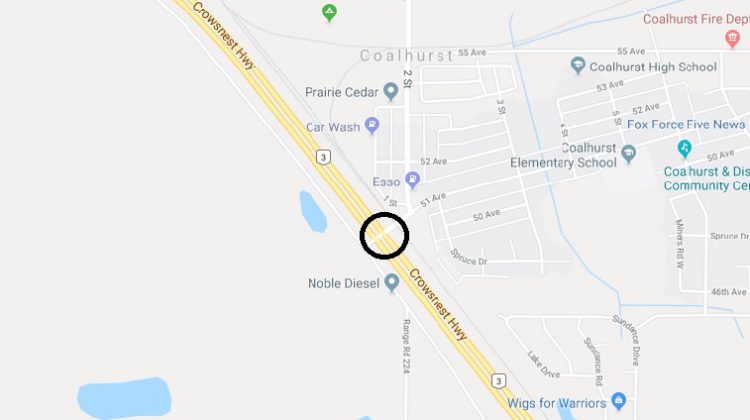 One person has been killed following a two vehicle crash Monday evening (Nov. 25) at the entrance to Coalhurst off Highway 3.

Coalhurst Fire Rescue along with RCMP were called to the intersection around 7:15 pm. Mounties say a car heading westbound on the highway collided with an SUV that was stopped at a stop sign at the railway tracks.

A 66-year old woman from Coalhurst in the SUV died at the scene. The driver of the car though had only minor injuries and was taken to Chinook Regional Hospital.

Wesley Brian Phillips, 36 of Lethbridge, has since been charged criminally with refusing to provide a blood sample. He has been ordered to appear in Lethbridge Provincial Court on January 17.

Coaldale RCMP say an investigation is still ongoing and additional charges may be laid.