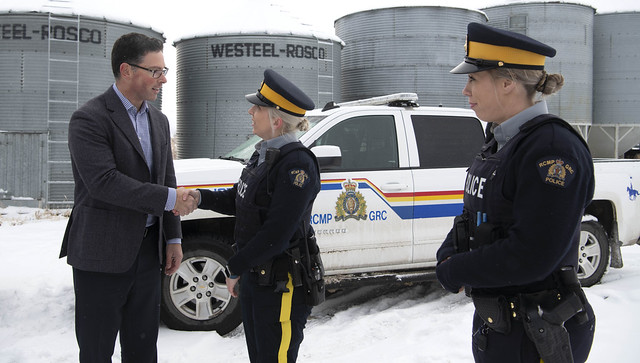 Justice Minister Doug Schweitzer shakes hands with an RCMP officer in Leduc County. Photo Courtesy of the Government of Alberta.

Alberta’s UCP government says its new police funding model will allow for the addition of more than 500 RCMP positions across the province.

The cost sharing partnership will see small and rural communities begin to pay a portion of front line policing costs.

The new funding model will be phased in with communities contributing 10 per cent of costs in 2020.

That amount will increase gradually until municipalities are responsible for 30 per cent of front line policing costs by 2023.