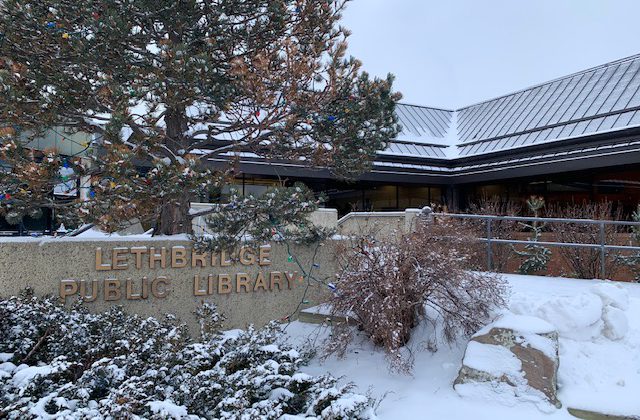 Lethbridge City Council has agreed to beef up security at the public library’s main branch downtown.

Library officials coming before Council Monday (Jan .13) asking for $90,00 this year and next ($180,000 total) for enhanced security and Councillors unanimously said yes.

Library CEO Terra Plato says this extra cash will help fund a third security guard which will help them not only have better control as to who’s in the building, but to also better manage and assess risk.

“So like the rest of the city, we continue to see a lot of drug use and related things downtown,” says Plato. “The problems we see in the city, we also see in the library so that’s why we want to have additional security. Again what security does is it allows us to deal with those issues.”

City Councillor Mark Campbell , meanwhile brought forward the resolution and says adding extra security at the downtown library will help keep the community resource a welcoming place for all. “Libraries provide so much to so many in terms of engagement, learning and belonging, regardless of what social difficulties exist in a city”.

Plato, meanwhile says they had planned to hire additional security regardless of whether or not Council approved the funding Monday. She told Council if they had to they would’ve looked at modifying operational hours at the downtown branch in order to make up the money for the extra security. Councillors though, decided to approve the funding.

She says the public library is open to everyone. “There is always a diverse clientele in the library, but we do have standards of behaviour. Those security guards are there to make those standards are upheld”.

The funding is to be sourced from the Municipal Revenue Stabilization Reserve for the extra security, with the library covering the other security costs internally.