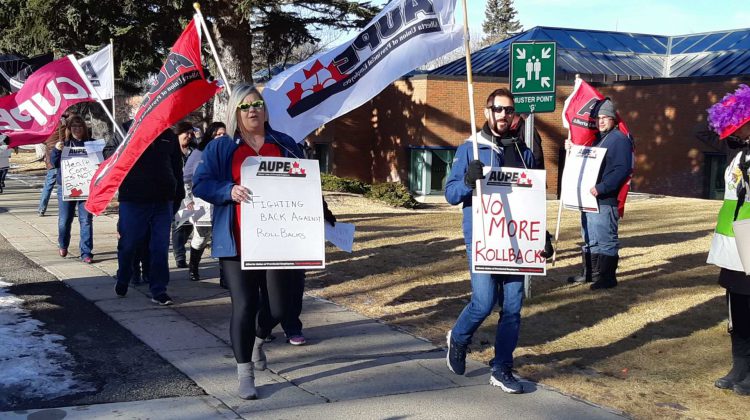 Members of the Alberta Union of Provincial Employees held a rally outside Chinook Regional Hospital on Tuesday.

The information picket was in response to austerity policies introduced by the UCP government.

Union vice-president Karen Weiers says the province is waging war on workers and on the Albertans who rely on their services.

She says “they’re looking at eliminating services and that should be a huge concern.”

Weiers says it’s also wrong to give away billions of dollars to big companies while slashing thousands of jobs, cutting services and rolling back wages.