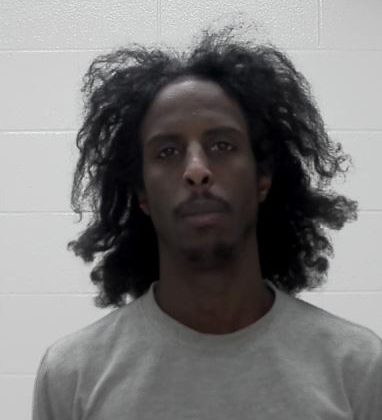 Mohamud Omar Dhiblawe is charged with second-degree murder in connection to the shooting death of a 35 year old man in west Lethbridge. Photo credit to the Lethbridge Police Service.

Lethbridge Police have issued a Canada-wide arrest warrant for a 29 year old man who is wanted in connection to last Thursday’s west side shooting.

Mohamud Omar Dhiblawe of Toronto is facing one count of second degree murder in relation the city’s first homicide in two years.

The body of a 35 year old man was found inside a home along the 200 block of University Drive West just after 10:30pm on Feb.6.

While the investigation is ongoing, police say it was a targeted incident and that those involved knew each other.

Investigators also say it appears a verbal dispute between the two men, involving the illicit drug trade, may have led to the shooting.

LPS Inspector Jason Walper says he’s not sure how long the Dhiblawe had been in the area, but that he does have connections here and has been involved in incidents in Lethbridge and throughout Alberta.

Dhiblawe has also been charged with second degree murder in connection to a homicide in Edmonton two days after the Lethbridge shooting, on Saturday, Feb.8, and is wanted by the Edmonton Police Service on a Canada-wide warrant.

On Saturday night around 11pm, Edmonton Police say they responded to a weapons complaint at an apartment complex on McConachie Boulevard.

When officers arrived, they found the body of a 32 year old man inside.

The victim has been identified as 32 year old Mohamed Ahmed Makaran.

No weapon has been recovered and Dhiblawe is believed to be armed and dangerous. The public should not approach him if they see him but instead call Lethbridge Police or Crime Stoppers.