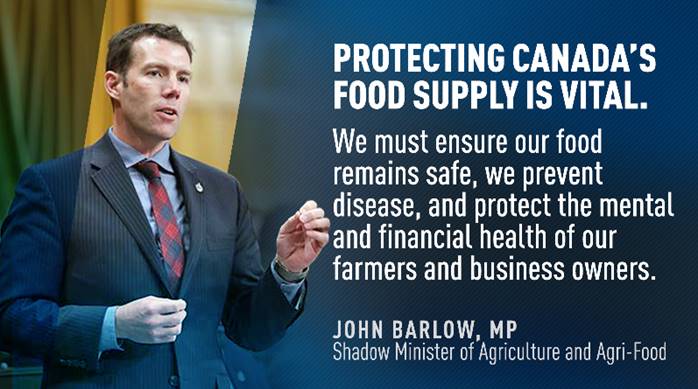 Bill C-205 An Act to amend the Health of Animals Act, if passed, would make it an offence to enter, without lawful authority or excuse anywhere animals are kept if doing so could result in the exposure of a disease or toxic substance.

Barlow, who is the Conservative Shadow Minister for Agriculture and Agri-Food, says the biosecurity of animals and workers must be a priority and that more and more individuals have been trespassing on farms and food processing centres.

The Bill won’t limit an individual’s right to peacefully protest on public property but will increase penalties for groups or organizations who encourage people to threaten the biosecurity of animals and workers.

Barlow says there is nothing in the current Act that addresses trespassers and this legislation aims to change that.