Smoky conditions, Special Air Quality Statement for most of Alberta 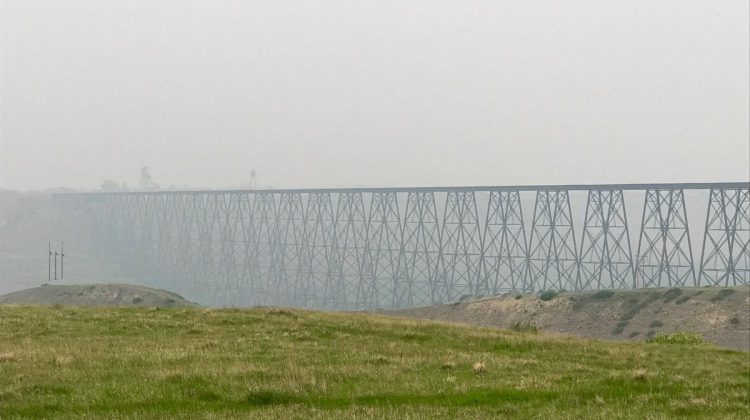 Smoke from a number of forest fire burning in northern Alberta is unfortunately moving into this region.

Environment Canada’s Kyle Fougere tells My Lethbridge Now.com it’s been hazy here in the south, however it’s going to get worse for the weekend. “There is a weak cold front moving through Alberta. It’s not really changing the temperature. What it is doing is bringing all that smoke from northern Alberta down through the province. There is a thick band of smoke extending from Red Deer up to Slave Lake (as of Thursday afternoon) and it’s moving south.”

Fougere says the smoke should start to clear across most of southern Alberta with a change in the wind pattern by Sunday night.

There are currently over a dozen fires burning in Alberta’s north and northwest. The biggest one if Chuckegg Creek Fire near High Level, which is more than 230,000 hectares in size. Several communities in the north are either under evacuation order or evacuation alert.

Meanwhile, Environment Canada issued a Special Air Quality Statement for smoke early Thursday afternoon. That covers near 90% of the province with the exception of the extreme southwest.