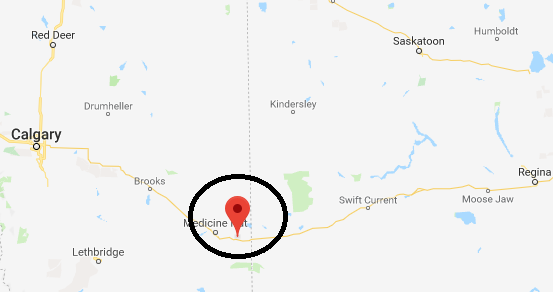 A plane crash near Medicine Hat has killed three people

It happened just after 10:00 pm Saturday (June 1). RCMP say a small plane took off from Medicine Hat airport and was headed to Moose Jaw, Saskatchewan.

The plane failed to show up and family of the passengers notified they were overdue on what should’ve only been a 90 minute flight.

Police says the plane was found the following morning by military personnel near Irvine, in Cypress County, only about 35 km from the Medicine Hat Airport.

The crash is under investigation by both the Transportation Safety Board (TSB) and RCMP.