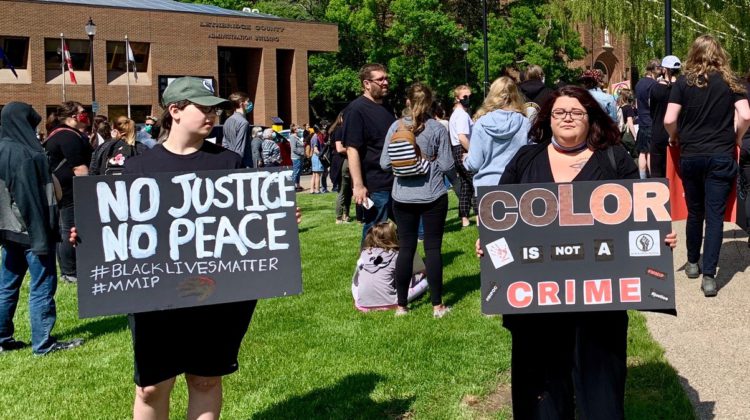 Hundreds of people turned up outside Lethbridge City Hall Thursday afternoon to show solidarity with other anti-racism protests taking place across the globe.

46 year old George Floyd, an unarmed black man, died a week ago Monday when a, now former, white police officer in Minneapolis knelt on his neck for more than eight minutes as he begged for air.

The local protest was organized by the group Lethbridge Against Racial Discrimination and spokesperson Jordan Ledyit says the massive turnout speaks volumes.

She says “there is support for anti-racism and there is an issue in Lethbridge when it comes to racism and we need to be aware of that.”

Ledyit says a lot of people like to believe racism isn’t an issue in Canada but that’s just not true. 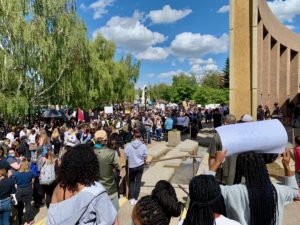