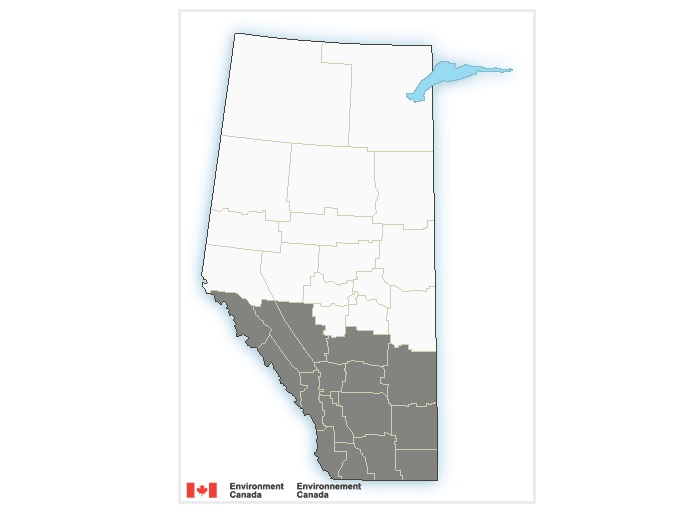 The statement warns of an “abrupt transition to fall this Labour Day Long weekend” with daytime highs around 30 degrees Saturday turning to rain and highs between 10 and 15 degrees on Sunday.

Up to 5cm of snow is also expected in higher elevations of the foothills with up to 10cm possible on east-facing slopes.

The weather office says frost is also likely over most of Alberta Monday morning and widespread on Tuesday morning especially in southern and central regions.

University of Lethbridge Union Ready to Negotiate a Deal

Tyler Hay - April 27, 2022
The City of Lethbridge is beginning the rollout of its new green cart program. About 1,900 households are part of phase one of the...

Ella Starling - April 27, 2022
The Galt Museum and Archives have been given a Niitsitapi (Blackfoot) name: Akaisamitohkanao’pa. Broken down into syllables, it is: a/kai/sami/toh/kanao’/pa Phonetically, it is pronounced: a/gaa/sum/ee/doh/gun/ope The Galt...

Ella Starling - April 26, 2022
Roller Skate Lethbridge and the Lethbridge Roller Derby Guild are teaming up to bring the roller disco back to Lethbridge. The events will be taking...

Tyler Hay - April 26, 2022
A member of the Lethbridge College communications team has received a national award for her impact on the employee community. Dawn Sugimoto was selected as...
- Advertisement -