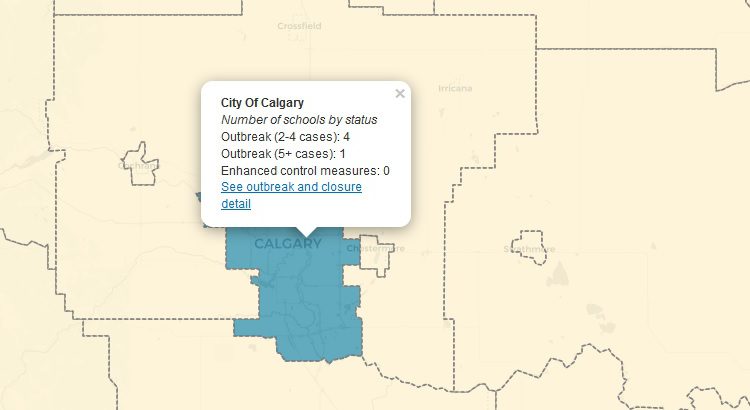 A Calgary elementary school is now under a COVID-19 watch according to the Government of Alberta’s School Status Map online.

An outbreak has been declared at St. Wilfrid Elementary with five or more cases where the virus could have been acquired or transmitted in the school.

The website shows the school is open with near normal operations with some public health measures while the province monitors risk and works with the school, school authority and Alberta Health Services.

Six other sites have confirmed outbreaks as well, all high schools, including Chinook High in Lethbridge, three in Calgary and one in Edmonton.

None of those cases are believed to have been acquired or transmitted in school.

As far as daily numbers, there were 124 new cases of COVID-19 confirmed in Alberta since Monday’s update and no new deaths.

The South Zone reported only two new cases – one in Lethbridge County and one in Brooks.