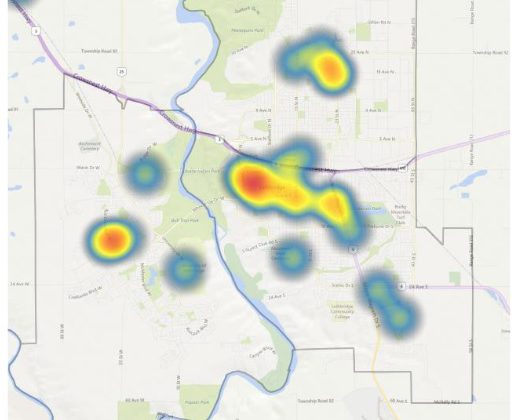 Apparent unintentional opioid poisoning deaths in Lethbridge (based on place of overdose). January 1, 2020 to June 30, 2020.

The number of opioid related overdose deaths in Alberta is on the rise.

The Second Quarter Opioid Response Surveillance Report was released by the province on Wednesday.

It shows the COVID-19 pandemic has exacerbated the struggles of many Albertans including those struggling with substance abuse.

Province-wide, 301 people died between April and June as a result of an opioid overdose.

In the second quarter of 2020, Lethbridge had the highest rate of apparent drug poisoning deaths related to fentanyl (per 100,000 person years) followed by Red Deer.

The government says prior to the pandemic, provincial efforts to reduce opioid related overdoses had been having a positive impact with an 11.8 per cent decrease in the number of unintentional opioid deaths in the first quarter of 2020 compared to the same time period in 2019.