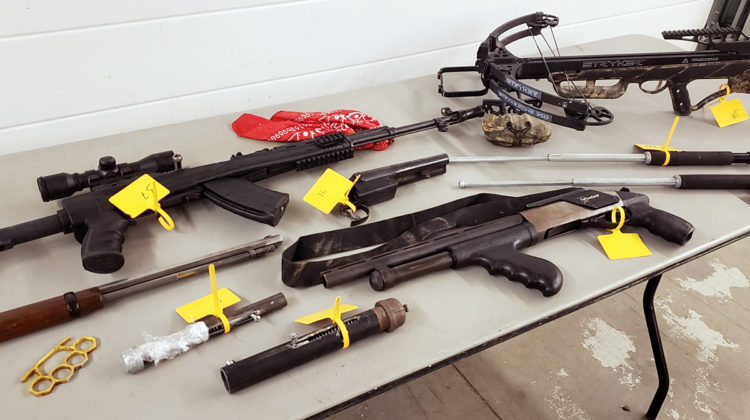 A man from Coaldale is facing a list of various charges after ALERT seized firearms and stolen property from his home.

The Southeast Alberta Property Crime Unit began an investigation back in September after police had been called to the suspect’s home numerous times.

A search warrant was then executed two weeks ago on Oct. 15th which turned up six firearms – including two saw-off shotguns, two rifles and two homemade zip guns – as well as firearms parts, ammunition and an array of stolen items.

20 year old Ethan Wiebe from Coaldale has been charged with a total of 10 firearms and stolen property related offences.