LETHBRIDGE – Rumours have been swirling around about United Conservative MLAs and government ministers leaving the province for sunny beach holidays during the pandemic when Albertans were told to hunker down, stay home, and limit contacts.

Lethbridge-East MLA put an end to that on his Facebook page responding to a question from a constituent asking if he or any members of his household had travelled outside Alberta in December 2020.

Neudorf responded he had not.

“Neither me or any of my family members have left Alberta since the pandemic began and I have only celebrated with my family who are all part of the same household. Happy New Year!,” replied Neudorf on Saturday morning.

Neudorf’s name had come up on social media that he was away, perhaps in Hawaii, however his response on Facebook puts an end to any of that.

Alberta Premier Jason Kenney has been taking a beating on social media since he held a press conference New Year’s Day saying he would not be disciplining government members who travelled over the holidays, despite the government telling Albertans to avoid international travel and social gatherings in order to limit the spread of COVID-19.

Kenney said he didn’t feel it was reasonable for him as a leader to sanction people who very carefully followed the public health orders and the legal requirements.

It is not illegal to travel abroad, it has though been heavily discouraged.

Kenney though did put the blame on his own shoulders Friday, saying he should’ve made it more clear about that to his officials and then announced that no further international travel would be allowed for his government ministers or MLAs for now.

This all started when Municipal Affairs Minister, Tracy Allard went to Hawaii with her family over the holidays, sparking criticism from Albertans and even members of the media who’ve traditionally been quite friendly with the governing party.

For his part though, Neaudorf’s post on Facebook Saturday should put an end to any rumours that he was away. 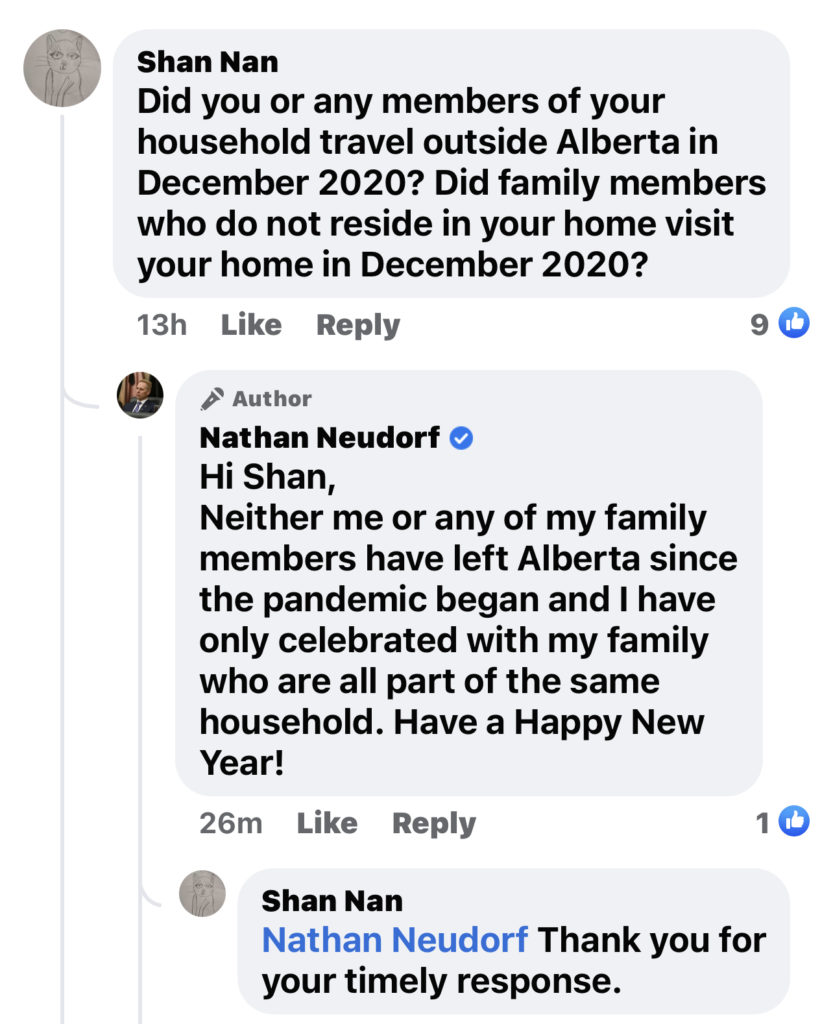 Significant loss after hay shed goes up in flames near Taber