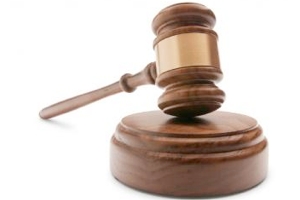 PINCHER CREEK, AB – A trial date has been set for a southern Alberta man charged with dangerous driving causing death.

Two pick-up trucks, one towing a holiday trailer, collided head-on just west of Cowley on the evening of Sept. 27, 2019.

A 57 year old female passenger of the truck-and-trailer unit was killed and the 60 year old male driver was taken to hospital.

The driver of the other pick-up truck took off on foot and was arrested several hours later at his home in Cowley.

In addition to dangerous driving causing death, 39 year old Luke Kessler was charged with failing to stop after an accident resulting in death, driving left of centre, and failing to hold a subsisting drivers licence.

Patrick Siedlecki - July 28, 2021
LETHBRIDGE, AB - It's not the number one spot any region wants to be in. The Lethbridge Census Metropolitan Area ranked as the worst on...

Fire Bans: Burning now off limits across most of southern Alberta

Patrick Siedlecki - July 28, 2021
LETHBRIDGE, AB - The weather situation isn't getting much better as more fire bans have been issued across this part of the province. This time...
- Advertisement -