Lethbridge firefighters called to three blazes within 30 minutes on Tuesday 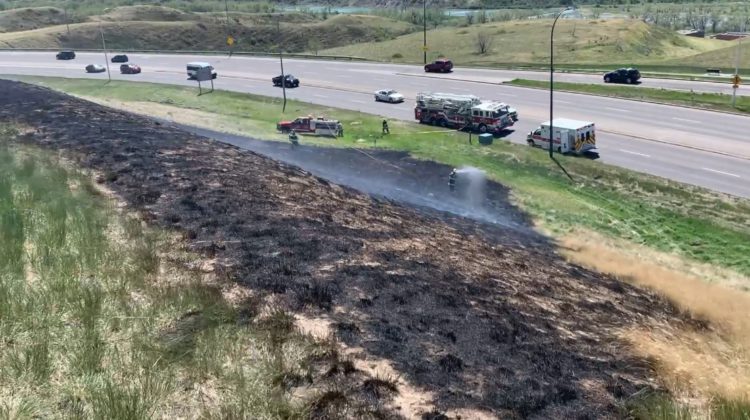 A grass fire burned up the side of a hill on the east side of Scenic Drive south Tuesday. Photo credit to Bryan Horvat (A.I. In the Sky)

Firefighters from all four stations were called out while two units from Coaldale provided assistance.

The first fire was reported along the 500 block of 12th street south. A couch and fence were ablaze and spreading to an adjacent garage. Crews were able to extinguish the fire before it damaged the building.

A call for the second fire took place within 15 minutes of the first, along the 600 block of 4th street south. Firefighters found a utility trailer and car on fire at the back of a home. The flames had spread to a nearby garage.

A  grass fire also sparked on the east side of Scenic Drive south toward 7th avenue south, scorching part of a hill up toward some homes. The City estimates about 80 square metres were burned.

Officials say all three fires are being treated as suspicious.

With high winds and dry conditions, the City is also reminding everyone to be extremely cautious with fire risk activities like smoking.