New 2SLGBTQ+ resources website launched at the University of Lethbridge 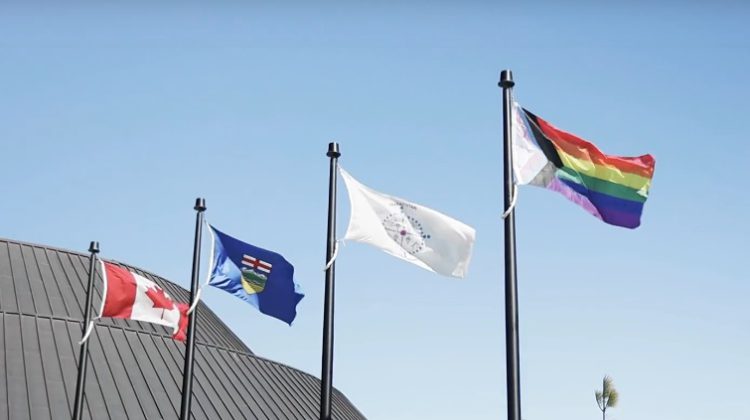 Still photo courtesy of the University of Lethbridge YouTube Channel.

LETHBRIDGE, AB – A rainbow flag is once again flying high at the University of Lethbridge.

The pride flag was raised Monday during an informal ceremony.

It’ll remain visible at the Students’ Union Bus Loop until the end of June in support of LGBT+ Pride Month.

The U of L has said many times at previous flag-raising ceremonies, that it’s committed to creating a welcoming environment for all members of the campus community.

The flag raising is also a complement to a wide array of ongoing campus initiatives for 2SLGBTQ+ persons, including a recent project, the creation of the new 2SLGBTQ+ Resources website.

“The webpage was developed to create accessible 2SLGBTQ+ resources on campus and was driven by the need for greater visibility and inclusion,” says Kathryn DeLucia, a fourth-year women and gender studies student who was on the working group that helped create the site. “It is vital the U of L continues this work to affirm we are a campus that values queer and trans students and their experiences.”