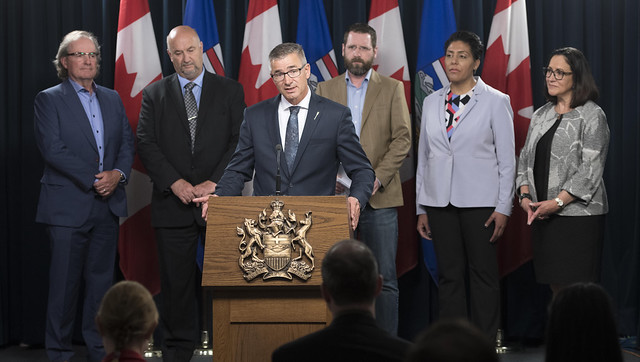 If passed, the business tax in Alberta will drop one point to 11% on July 1st of this year.

Finance Minister Travis Toews says the idea is to attract new investment which will help offset the lost tax revenue. “We’re confident that if we move our corporate tax rate down in this province, it will attract business. Again, as there will be some reduction in corporate tax revenues, there will also be the offsetting factor of additional investment which will also offset the reduction in taxes.”

The bill proposes a 1% drop in business tax each year until January 2022 when it will be 8%.

Bill 3 is getting some bad reviews from the province’s official opposition. Joe Ceci, the NDP’s Municipal Affairs Critic says Jason Kenney is going to cut funding to classrooms and hospitals to “pay for a risky experiment with questionable results elsewhere.”

On the flip side, Canadian Taxpayers Federation Leading economist Jack Mintz estimates the changes will help create at least 55,000 additional jobs in the province.