LETHBRIDGE, AB – Lethbridge residents might have a say on whether or not a possible third river crossing should be a priority for City Council.

Councillors will discuss on Tuesday afternoon (July 27) if that question should be on the ballot during this fall’s civic election.

The topic of a third bridge has been something that’s been talked about for years in Lethbridge, a project that would also cost a pretty penny.

An official business resolution on the agenda states proposing this question: “Do you agree that city council should approve plans to construct a 3rd bridge prior to 2030 as a municipal capital project priority?”

The cost of a third bridge, previously referred to as Chinook Trail Crossing, would more than likely be in excess of $150 million. As part of the current ten year Capital Improvement Program (CIP), $4 million was approved in 2027 for design work.

The CIP document states, “by completing this project, this would provide the preliminary design for a third river crossing from Scenic Drive South to University Drive West tying into existing arterial roadways.” 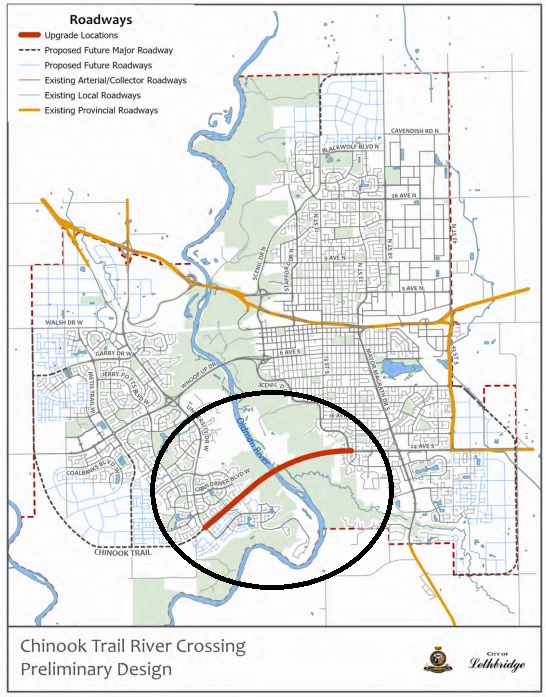 Some local waste, recycling services being impacted during COVID-19